“exaBase Robotics” has been introduced in various TV programs. 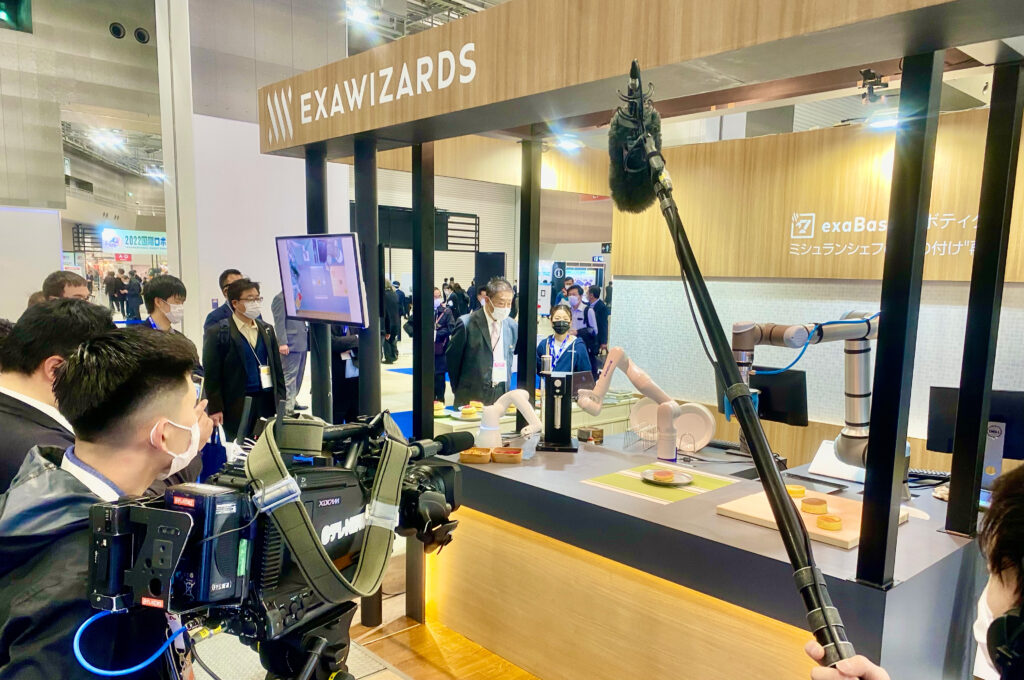 【Technology Explained】
▽What is difficult?
・The serving process has not been automated due to the ambiguous criteria of “whether it looks good” and the difficulty of “working with irregularly shaped items.

▽exaBase Robotics approach
・The robot controls soft bodies, liquids, and powders to reproduce the skill of serving pancakes that look delicious to humans.
・For example, a control program that makes the chocolate sauce “look good” on the robot based on the distribution of ingredients and viscosity, which are important for the appearance of the serving, and a coordination system that allows three different cooperating robots to work together.

▽Future developments and applications
・We are promoting the use of AI in food processing, chemicals, cosmetics, construction, and heavy industry, for example.
・As a concrete example, Nippon Steel Corporation has begun a demonstration of this technology in their molten iron operations, and is working to solve social issues.