〜Distributing cutting-edge AI information for businesspeople,
aiming for the widespread use of AI〜

ExaWizards has been providing AI-based solutions to various companies, aiming to solve social issues such as the super-aging society. Also, while implementing AI platform and AI education services, ExaWizards released the AI-enabled HR tech service, “HR-kun”, covering from recruitment, capacity development, and evaluation, up to placement in a company, in November 2017.

AI has been attracting global attention, and so ExaWizards has launched the web media “AI Weekly” (https://aishinbun.com/) to provide cutting-edge AI information that can be used in business.

We have welcomed Mr. Tsuruaki Yukawa who has a wealth of interview experience in the IT and AI fields, as Editor in Chief.

He has been appointed for his easy-to-understand explanations of complex technologies, and he has conducted many interviews with leading AI researchers in Japan and the U.S.

2.  Introducing AI related news with comments from the Editor in Chief

The Editor in Chief selects and introduces the latest news from Japan and overseas, and gives his own comments.

This article will be updated as “Views of the Editor in Chief” two or three times a week.

Cutting-edge AI information for businesspeople will be provided, together with actual cases.Technical explanations that can be understood by people other than engineers and reports on AI related events will also be provided.

We have also welcomed Mr. Atsumu Ishizuka, a medical journalist, as Deputy Editor in Chief. He is one of the few journalists who has both IT knowledge and medical knowledge, and is in charge of interviews in the care and medical fields and associated fields that ExaWizards is engaged in. Upon publishing this first issue, Editor in Chief Yukawa said, “I want to distribute cutting-edge AI information from the site by using the position of owned media (corporate media)”. 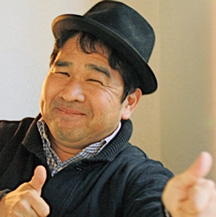 He graduated from the College of Business, California State University, San Francisco, in the U.S. After working as a local paper journalist in San Francisco, he joined the U.S. corporation of Jiji Press. He covered mainly the U.S. high-tech industries from the early days of Silicon Valley and returned to Japan in May 2000 after living in the U.S. for 20 years. He became independent in 2010 after working as an editor at Jiji Press, and has been serving in the present position since December 2017. He has written “AI, Robot and Heart” (2015), “Marketing Platform for Next Generation” (2007), “Will the Internet kill newspaper?” (2003), and so on. 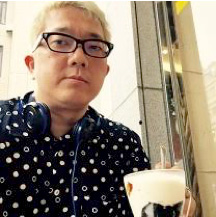 After graduating from university, he joined a medical publisher. He became independent and established HealthBank, Inc. He expanded the business mainly in medical services such as medical paper surveys, science writing, medical illustrations, and biostatistical analyses. He has also been conducting many interviews on social security programs (medical fees and nursing-care service fees) and clinical practice. He has been writing and providing information for medical industry newspapers, general newspapers, etc. He has hosted Jinbocho Salon since 2016, which organizes events and seminars featuring a theme such as technology, philosophy, Oriental thought, and so on. He has served in his present position since December 2017.